Moving Mountains Kenya was founded initially to support street kids in Nairobi with extra-curricular programmes that helped them back into school. It began back in the late 1980s when the founder Gavin Bate was living in Kenya and working with a number of aid agencies including an effort by the Kenya Scouts to re-unite street children with their families, and help them into school.Now Moving Mountains Kenya is a registered NGO which focusses on three main areas of Education, Social Welfare and Heath.

Below you will find links to all the schools we have built over the years and the programmes we run in country to provide help for children in education and non-core activities.

The social welfare programs at Moving Mountains Kenya focus on creating safe, warm, and loving environments for the disadvantaged children and young adults of the communities where we work. Below you will find links to all our programmes we have run over the years.

Below you will find links to the health programmes we have been involved with over the years in Kenya.

The board of directors are all Kenyans who have been involved with the charity for many years. They have a lot of experience working on the programmes and projects and have all proved themselves as experts in the field of development.

Background to the work with Street Children

A lot of the children ran loose in the slums while their parents were out working and eventually got lost, and then were forced to live rough on the streets which became a way of life. For many it was an exciting way of life, and some turned to petty crime. Most went hungry and sniffed glue to counter the feeling of hunger, and of course they begged from tourists.

Many joined gangs for survival and young girls were forced into prostitution. Children were an easy target for the police and many ended up in jail; part of the job was to get them out of jail with a small payment or 'kitu kidogo' or bribe and Gavin would use his salary as a climbing guide to release children when he could. But most of the time nobody knew where the children were. They became lost and sometimes it was difficult to find them or their families.

As Gavin founded Moving Mountains independently, his job was to link child with parent and try to keep them together and the child at school. He began to work in various slum schools in the Nairobi area, but mainly Muthurwa Primary and he encouraged the children to attend after school clubs which he ran, like reading and sports, that kept the children occupied and happy. These clubs began with funds from Gavin's climbing and quickly became very popular. Often the children would go on safaris to see wild animals or the ocean, and there were always birthday parties and events to celebrate. In time that first cohort of street children around the age of six went to secondary school and the charity grew.

The aim of Moving Mountains was always to provide support - not just financial but emotional too - for as long possible, right into adulthood and through college or university and into being employed. But then the charity became involved in building and renovating schools, often in very remote areas like Western Kenya. The money funded the building of 18 schools over many years which have schooled many thousands of children. It funded medical clinics like Ushirika in the Kibera slum area, and it has funded children's homes and feeding centres in Western Kenya and Embu for well over a decade. In some cases - like Solio - it provided the initial funding and encouraged the local Government to provide housing for 18,000 refugees in seven new villages.

Many of that first cohort of children from the 1980s are qualified, experienced and working in either the charity or in lots of other industries such as nursing, accountancy, law, management, tourism and so on. The principle of providing long term continual support has led to a group of people who became the architects of the their own success. Furthermore they are all now young adults with children of their own, none of whom suffer the same privations that they did.

Some of course did not do so well, the traumas of their childhood have meant they became lost in adulthood and have been less successful in life. But the opportunity was there and the support, and it has been for hundreds and hundreds of children who have become part of the Moving Mountains family and gone on to achieve social mobility and break out of the poverty trap.

Thus, the idea of Moving Mountains Kenya began, a life journey for Gavin of providing almost a surrogate family to needy children from early age right the way through to adulthood and the next generation. In that respect the task is a little like moving a mountain, but no less daunting than the daily struggles of the children who live life rough on the streets. Given the opportunity and the support, they can all survive and thrive.

Today, Moving Mountains Kenya is managed entirely by a Kenyan committee who have known Gavin for twenty years and more, and they work on a variety of projects and programmes across the country, and implement the funding provided by the UK charity. There have been ups and downs but the successes of what MM has achieved are many, and thankfully people still talk of it as a 'family'.

Volunteer in Kenya with Moving Mountains

If you are interested in the work that Moving Mountains is doing in Kenya and want to get involved, we encourage you to join one of our volunteer and adventure travel trips to Kenya. Whether you want to come as part of a school group, a medical student, or professional skilled volunteer, we have a place that can fit your unique situation.

Our Kenya School Adventure trips are designed for groups of secondary students to get their feet wet in international development while also experiencing perhaps their first international adventure.

For university students, Moving Mountains hosts the University Trip to Kenya to experience the realities of international development first hand in Kenya. These trips unite University students with their peers to facilitate intercultural conversation and forge relationships that cross the boundaries of language and social background.

Our Kenya Medical Camp is designed for medical students looking to gain international experience before they graduate. During this excursion, medical students help Moving Mountains to run a free medical camp under the supervision of a fully qualified medical professional.

For those individuals or groups looking for a more specialized experience, Moving Mountains has individual volunteering programs in Kenya, as well as special expeditions and fundraising opportunities. We constantly need volunteers on the ground to help us collect data, build capacity, and run our NGO more efficiently and transparently. 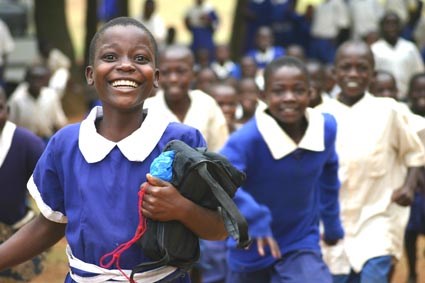