In 2008 Moving Mountains installed new eco-friendly cooking stoves with attached insulated back boilers into all of the existing seventy six homes in the village of Bumburi. These stoves have reduced consumption of firewood for cooking by around 50% in each household.

The back-boilers have also eliminated the need for firewood to heat water since water from the back-boilers passes through pipes inside the stove and is heated automatically whilst the stove is used by the family for cooking.

The stoves we installed in Bumburi are made of clay and have a narrow opening for the wood and a specially shaped ‘hob’, which directs the heat onto the pan rather than letting it dissipate. The stove is connected to a back boiler which is fed by the new water supply that we installed into every house, allowing families to have hot water ‘on tap’ for washing.

This project has significant health and hygiene benefits as well as improving general wellbeing and quality of life for villagers, especially during the colder winter months.

As part of this project, we also supplied electric rice cookers which use power drawn from the hydro-electric supply, so that dinner can be cooked using renewable energy during the day when there is a surplus of power.

The stoves have successfully reduced demand for firewood to a sustainable level, by allowing young trees to grow to maturity and by replacing those which need to be cut down. The protection of the Himalayan forest also helps to preserve habitats for the rich diversity of animal and birds found in the region.

This has also had a big impact on the amount of time spent collecting wood from the forests, giving children (who are traditionally expected to help out with many domestic chores in rural Nepal) extra time to study and play.

Decreasing the amount of smoke in the kitchen has also had positive health impacts - reduced respiratory and eye problems, particularly for women and children. This has, in turn, led to increased attendance at school and higher academic performance. Have a look at a blog post on the eco-friendly stove project for further info and details of impact. 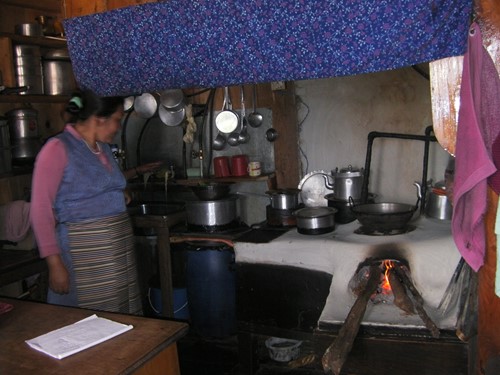 In 2017 following a re-organisation of the district structure and municipalities in the solu Khumbu, Government funding was allocated to supply cooking stoves in other villages, and also the villagers tended to move to gas stoves rather than using wood. Wood stoves are still used for heat in the home and cooking, but the impact on the surrounding forest is now much less than before. 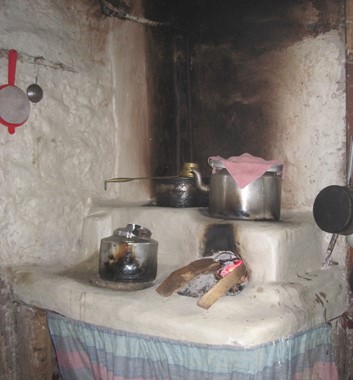